Sites of Cultural Stress from Reformation to Revolution (NEH Institute) 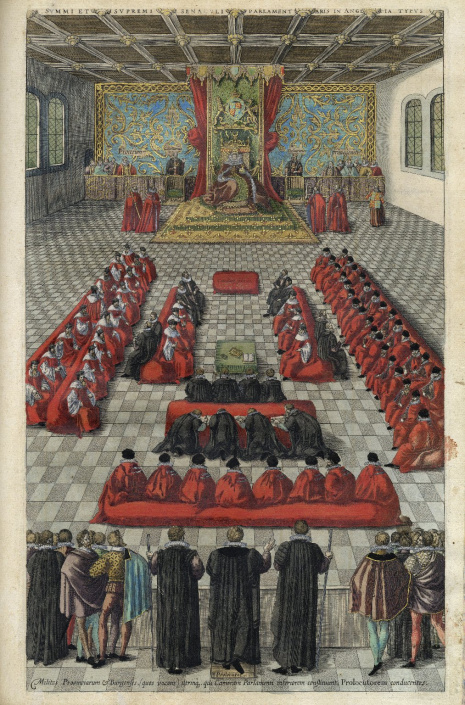 Today's college and university teachers and their students require fresh investigations into the nature and causes of the foundational liberties that we still describe as our cultural inheritance from the English Reformation and Revolution: new work that reopens the question whether pressures for those familiar modern freedoms of religion, the press, and the franchise could be said to have caused them or be caused by them; new studies that scrutinize the very meaning of those contentious terms Reformation and Revolution. In sum, they need new investigations that offer up the charged relationship between religion and politics as a rich case study of the causes and effects of social crisis. This NEH Summer Institute for College and University Faculty, "Cultural Stress from Reformation to Revolution" tackled these investigations. Over six weeks, we isolated four critical sites of cultural contact in early modern England: Church, Court, Stage, and Parliament—the realms of governance, religion, and culture. In each case we returned to the primary sources that testified to a society in increasing crisis, attempting to decode such specific elements of that evidence as its symbolic vocabulary, mode of communication, occasion taken, audiences addressed, and even socio-geographical coordinates.

Our aim was to provide a complex and nuanced picture of a society in crisis, and so we moved beyond the boundaries set by any single genre or even medium of transmission. Opening up the teeming early modern world of communication, we explored more fully and thoroughly the stresses that threatened a rapidly changing and well-informed English society between the accession of Elizabeth Tudor and the interregnum years of revolution. In a contested religious culture, in which Roman Catholicism was demonized, uniformity to the Church of England mandated, and most kinds of protestant dissent officially discouraged, an almost bewildering variety of highly coded conversations took place, both mainstream and subaltern, and in familiar and not-so-familiar, arenas. We aimed for a productive disruption of received answers about the causes and effects of social upheaval, and we recovered a more complete portrait of a society coping with its own uneasy perception that theirs was a world in flux and forever changed.

In so doing we also performed a self-reflexive examination of Cultural Studies, still a relatively young discipline, but open to change and poised to fulfill its promise. The idea of "interdisciplinarity," so revolutionary a few decades ago, is now firmly incorporated into college syllabi. But studies that unite fields like History, Literature, Religion, and Art History under the rubric of "textual" or "contextual" analysis faced more penetrating methodological scrutiny, as our participants and lecturers—all associated with one or more of these fields—put concepts like the text to the test. As the essays on this site explain, text can no longer function as a convenient shorthand for the complex notion of communication. We explored investigative vocabularies for the visual, the acoustic, the spatial, and the performative and as a result took new hard looks at the history of community and experience, commodity and meaning-making. 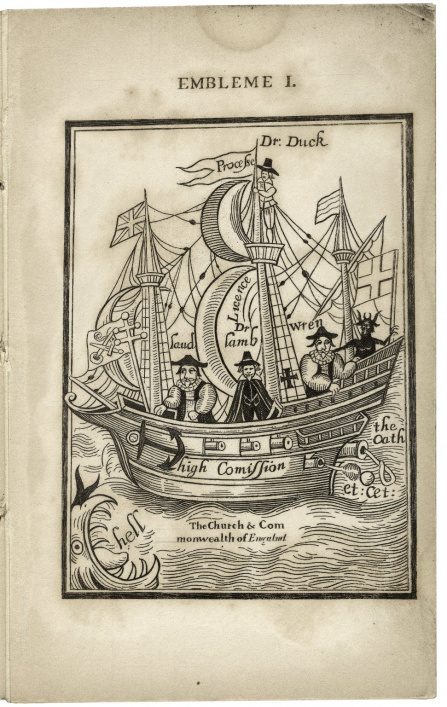 While the website is no longer supported, it has been archived - Institute Website: Sites of Cultural Stress from Reformation to Revolution 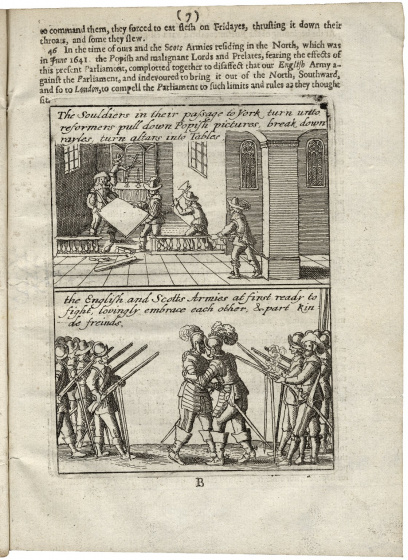 Source Call No. V327: A sight of ye trans-actions of these latter yeares…

Diarmaid MacCulloch, Professor of the History of the Church, University of Oxford 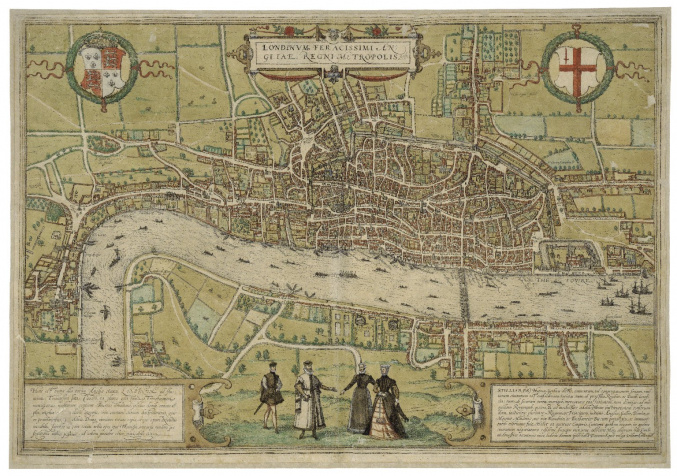