The O.B. Hardison Poetry Series presented Writing From the Edge: 40th Anniversary of Graywolf on October 20, 2014 at 7:30pm in the Folger's Elizabethan Theatre. Graywolf Press is an acclaimed independent publisher that champions writers at all stages of their careers. Three of their published poets read in honor of the press' 40th anniversary: Matthea Harvey, Claudia Rankine, and Vijay Seshadri, whose 3 Sections won the 2014 Pulitzer Prize in Poetry. Poet and author Stephanie Burt moderated. A powerful coming-together of three acclaimed writers, this reading offered a reminder that, as Seshadri articulates in “New Me,” “words are experience.” 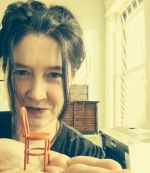 Matthea Harvey's collections of poems include If the Tabloids Are True What Are You? (2014), Of Lamb (2011), Modern Life (2007), Sad Little Breathing Machine (2004), and Pity the Bathtub Its Forced Embrace of the Human Form (2000). She has also published two children’s books: Cecil the Pet Glacier (2012), illustrated by Giselle Potter, and The Little General and the Giant Snowflake (2009), illustrated by Elizabeth Zechel. In 2017, Harvey was awarded a Guggenheim Fellowship. 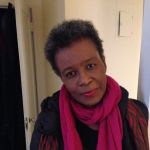 Claudia Rankine has published several collections of poetry, including Citizen: An American Lyric (2014), a finalist for the National Book Award and winner of the National Book Critics Circle Award in Poetry, the PEN Center USA Poetry Award, and the Forward poetry prize; Don’t Let Me Be Lonely: An American Lyric (2004); and Nothing in Nature is Private (1994), which won the Cleveland State Poetry Prize. Rankine has coedited American Women Poets in the 21st Century: Where Lyric Meets Language (2002), American Poets in the 21st Century: The New Poetics (2007), and The Racial Imaginary: Writers on Race in the Life of the Mind (2014). Her poems have been included in the anthologies Great American Prose Poems: From Poe to the Present (2003), Best American Poetry (2001), and The Garden Thrives: Twentieth Century African-American Poetry (1996). Her play Detour/South Bronx premiered in 2009 at New York’s Foundry Theater. 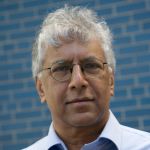 Why I wanted to escape experience is nobody’s business but my own,

but I always believed I could if I could

Now I know words are experience.

From 3 Sections © 2013 by Vijay Seshadri, published by Graywolf Press. Used with permission of the publishers, www.graywolfpress.org