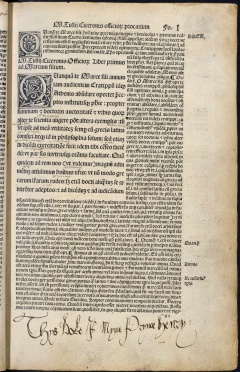 This article collects the children's exhibition material featured in Vivat Rex!: 500th Anniversary of Henry VIII's Accession to the Throne, one of the Exhibitions at the Folger.

Vivat Rex! is Latin for "Long live the king!" Crowds of people shouted this when Henry VIII became king of England at age 17.

Prince Henry and His Family

The boy who would become Henry VIII was born in 1491 at Greenwich Palace, one of the royal palaces just outside of London. He had an older brother, Arthur, and an older sister, Margaret. Henry also had a younger sister, Mary, who might have been his favorite sibling.

England had been at war for many years before Henry was born. Two different families—the houses of York and Lancaster—each said that the English throne belonged to them. When Henry's parents married, they united the two families and England was at peace. His father, also named Henry, came from the house of Lancaster and his mother, Elizabeth, was part of the house of York.

As the oldest boy, Henry's brother Arthur was expected to become king. However, Arthur died at the age of 15. That meant that Henry would be the next king of England!

Even princes have to go to school! Henry did not go to classes with other students. Instead, he had special tutors to give him lessons. Henry studied philosophy, history, religion, and foreign languages. As a boy he could speak French, Latin, and Spanish, and also studied Greek.

Henry liked to be active and was an athletic young man. He played tennis, rode horses, wrestled, and participated in jousts and other competitions. He was also musical and enjoyed playing instruments as well as singing. He even wrote some of his own songs!

Can you see what Henry has written in this schoolbook?

As king, Henry had two important jobs to do. First, he had to keep England safe from war with other countries. Henry worked hard to become friends with other countries; this process is called forming alliances. In the alliances, the countries would agree not to go to war with each other or to help each other if the other was attacked. Henry also made the English navy much bigger and more powerful. While he was king, the navy grew from 5 to 53 ships!

Henry's second important job was to make sure that England did not fall into a civil war. Henry was very worried that if he did not have a son, people would fight over who would be the next king. These jobs kept Henry very busy.

Henry and His Wives

Henry VIII is famous for his six wives. One reason that he was married so many times was because he wanted a son to become king after him. When King Henry was alive, England had not yet had a queen who was powerful enough to rule on her own.

Henry's first wife was Catherine of Aragon, a Spanish princess who had been briefly married to his older brother Arthur. Henry and Catherine had several children, but the only child who survived was a daughter, Mary.

Henry divorced Catherine and married Anne Boleyn, who also had a daughter, Elizabeth. His third wife was Jane Seymour. Jane had a son, Edward, but she died soon after Edward was born. Henry's next wives were Anne of Cleves, Catherine Howard, and Catherine Parr. However, he did not have any more children.

King Henry's son Edward did become king of England. But Edward died when he was only 15, and his sister Mary then became queen. When Mary died, Elizabeth was crowned. Elizabeth ruled England for 45 years. She became a powerful and popular queen. Visit this page to learn more about Elizabeth.