The O.B. Hardison Poetry Series presented There Is Too Much To Say: Toi Derricotte on October 22, 2020 at 7:30pm as a live virtual reading. 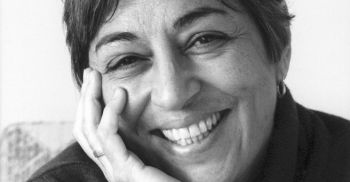 Toi Derricotte brings a fierce tenderness to the page—a lit wattage to the dark secrets we hold because of love or fear or both. Derricotte lets us know there is much to say. She read from her recent collection of poetry I: New and Selected Poems, published in 2019 and shortlisted for the National Book Award. Her other works include The Undertaker's Daughter, Tender, Captivity, Natural Birth, and The Empress of the Death House. Her literary memoir, The Black Notebooks, won the Anisfield-Wolf Book Award for Non-Fiction and was a New York Times Notable Book of the Year.

The recipient of many literary awards and fellowships, Derricotte was awarded The Poetry Society of America’s Frost Medal in 2020 in recognition of her service to poetry. Derricotte co-founded the Cave Canem Foundation with Cornelius Eady.

"Why I don’t write about George Floyd"

Because there is too much to say

Because I have nothing to say

Because I don’t know what to say

Because everything has been said

Because it hurts too much to say

Something is stuck in my throat

Copyright © 2020 by Toi Derricotte. Originally published in Poem-a-Day on July 3, 2020 by the Academy of American Poets.