The O.B. Hardison Poetry Series presented The Human Voice in Struggle: Reginald Dwyane Betts and William Archila on February 08, 2016, at 7:30pm in the Folger's Elizabethan Theatre. Reginald Dwayne Betts and William Archila read from their most recent poetry collections. The event was co-sponsored with Letras Latinas, the literary initiative at the University of Notre Dame's Institute for Latino Studies

“Reginald Dwayne Betts paid a heavy price for the wisdom coursing through his fierce, unstoppable book of poems, Bastards of the Reagan Era. . . Betts’s journey back—from prison all the way to Yale Law School—is as inspiring as it is rare, and should give us pause in condemning any man to social death. From rebirth comes justice—and power.” —Henry Louis Gates, Jr.

“For [William Archila's] dominant (though certainly not exclusive) themes…of his Salvadoran childhood and the struggles of immigrant life in the United States, and yet spiraling up repeatedly in stunning riffs of word-song is the rare thing called duende, marvelous in itself but also in its evocations of beauty to be found in the life fully lived, the struggle never abandoned.” ---B.H. Fairchild, poet 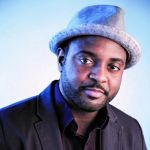 Reginald Dwayne Betts's first collection of poems, Shahid Reads His Own Palm, won the Beatrice Hawley Award. His memoir, A Question of Freedom: A Memoir of Learning, Survival, and Coming of Age in Prison, was the recipient of the 2010 NAACP Image Award for non-fiction. His work has also led to numerous fellowships and two Pushcart Prizes. 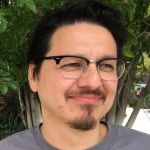 William Archila is the author of the poetry collections The Art of Exile, which won the International Latino Book Award, and The Gravedigger’s Archaeology, which won the Letras Latinas/Red Hen Poetry Prize. His poetry is featured in the anthologies Another City: Writing from Los Angeles and New to North America: Writing by U.S. Immigrants, Their Children and Grandchildren.

From For the City that Nearly Broke Me

Stress this: the lit end

burn you. & that is just

just a slick way of

From Bastards of the Reagan Era © 2015 by Reginald Dwayne Betts, published by Four Way Books, Inc. Used with permission.