The talk Shakespeare's Birthday Lecture: Brian Cummings: Shakespeare, Biography and Anti-Biography (2014) was held on April 3, 2014 in the Folger's Elizabethan Theatre as part of the Talks and Screenings at the Folger in cooperation with the Folger Institute.

The biography of Shakespeare is a paradox. Is he our greatest author precisely because we know so little about him, and his life remains a mystery? Shakespeare is at once a figure of cultural saturation and an indefinable enigma. We see him everywhere, yet we keep on looking for more. Do we feel our lack of knowledge so painfully because it relates to a figure we care so much about?

Professor Cummings discussed the problem of writing the life of Shakespeare in terms of the documentary history and its haunting sense of missing links. Perhaps the reading of a writer creates a life of its own, somewhere between writer and reader, in the mystery that constitutes the act of literature.

Professor Cummings' lecture opened the Folger Institute's NEH-funded collaborative research conference, Shakespeare and the Problem of Biography, part of the Folger's celebration of the 450th anniversary of Shakespeare's birth in 2014.

Listen to the lecture here. 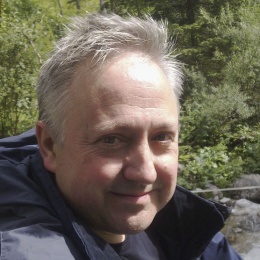 Professor Brian Cummings is Anniversary Professor of English at the University of York. He has written widely on sixteenth-century religion and literature, including an edition of The Book of Common Prayer: The Texts of 1549, 1559, and 1662. His book, The Literary Culture of the Reformation: Grammar and Grace, has profoundly influenced scholarly thinking about the poetics of religion. His latest book, Mortal Thoughts: Religion, Secularity and Identity in Shakespeare and Early Modern Culture, appeared in 2013. In 2012 he gave the Clarendon Lectures at Oxford University on the subject of 'Bibliophobia', the title of his next book.