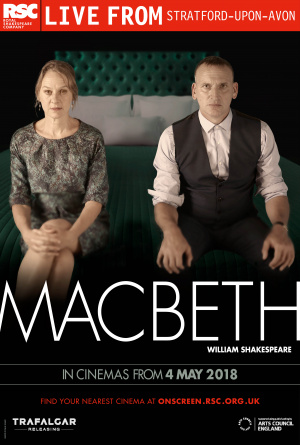 On Monday, June 4, 2018 as part of the Talks and Screenings at the Folger, the Folger hosted a screening of RSC Live: Macbeth, a live cinema broadcast from the stage of the Royal Shakespeare Company, captured from Shakespeare's hometown of Stratford-upon-Avon, in their own Elizabethan Theatre. The production was directed by Polly Findlay and starred Christopher Eccleston as Macbeth and Niamh Cusack as Lady Macbeth.

Returning home from battle, the victorious Macbeth meets three witches on the heath. Driven by their disturbing prophecies, he sets out on the path to murder.