Tracy Brimhall is the author of the poetry collections Come the Slumberless to the Land of Nod (2020), Saudade (2017), Our Lady of the Ruins (2012), selected by Carolyn Forché for the Barnard Women Poets Prize, and Rookery (2010), winner of a Crab Orchard Series in Poetry First Book Award and a finalist for the ForeWord Book of the Year Award. Brimhall collaborated with Brynn Saito on the chapbook Bright Power, Dark Peace (2013), and her poetry has been anthologized in Best American Poetry 2014 (edited by Terrance Hayes).

Cornelius Eady has published more than half a dozen volumes of poetry, among them Victims of the Latest Dance Craze (1985), winner of the Lamont Poetry Prize from the Academy of American Poets; The Gathering of My Name (1991), nominated for a Pulitzer Prize; and Brutal Imagination (2001), a National Book Award finalist. Hardheaded Weather: New and Selected Poems appeared in 2008. In 1996 Eady and poet Toi Derricote founded Cave Canem, a nonprofit organization that supports emerging African American poets through a summer retreat, regional workshops, a first-book prize, annual anthologies, and events and readings across the country. 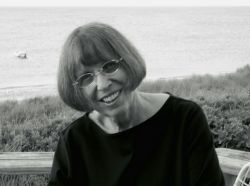 Linda Pastan was raised in New York City but has lived for most of her life in Potomac, Maryland, a suburb of Washington, DC. She is the author of over 15 books of poetry and essays. Her PM/AM: New and Selected Poems (1982) and Carnival Evening: New and Selected Poems 1968–1998 (1998) were finalists for the National Book Award; The Imperfect Paradise (1988) was a finalist for the Los Angeles Times Book Prize. Her recent collections include The Last Uncle (2001), Queen of a Rainy Country (2006), Traveling Light (2011), Insomnia (2015), and A Dog Runs Through It (2018). She lives in Chevy Chase, Maryland.

Pastan read for the O.B. Hardison Poetry Series once before in 2009.