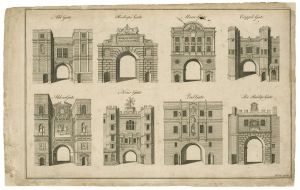 This interdisciplinary seminar invited scholars working on the metropolis of London from roughly 1450 through 1750 to reflect on existing scholarship and to explore how new approaches might enrich and deepen our understanding of key concepts like “neighborhood,” “community,” and “place.” Drawing on online resources like the Map of Early Modern London (MoEML), the seminar combined case studies of particular spaces and places—including parishes and streets, as well as bookstores, printing houses, company halls, prisons, and others suggested by participants—with discussions of methodology. The goal was to open up a number of theoretical questions with examples drawn from current research: What do literary and social historians mean by neighborhood and community? Are neighborhoods defined solely by official territorial subdivisions like parishes, precincts, and wards, or are they more elastic, improvised, imagined, and performed? And what is the relation between neighborhood and community in early modern London? Is the latter always tied to a particular place or is it a non-spatialized construct?

Christopher Highley teaches in the English department and directs the Center for Medieval and Renaissance Studies at the Ohio State University.  He is finishing a book called Blackfriars: Theater, Church, and Neighborhood in Early Modern London, and leading a parish project for 'The Map of Early Modern London.'


Alan B. Farmer is an Associate Professor of English at the Ohio State University. He has published extensively on the publication of early modern playbooks. He is the co-editor, with Adam Zucker, of Localizing Caroline Drama: Politics and Economics of the Early Modern English Stage, 1625–1642 (2006), and the co-creator, with Zachary Lesser, of DEEP: Database of Early English Playbooks. His current book project is on popularity in the early modern English book trade and includes an investigation of the cultural geography of bookselling in early modern London.

Friday and Saturday, 2 – 3 October 2020. Participants were asked to pre-circulate short papers and the co-directors arranged them into the following discussion groups (all affiliations and ranks current at time of seminar).

On Saturday, October 3, the Folger Institute welcomed anyone interested to join the participants of "Neighborhood, Community, and Place in Early Modern London" for an open session. This interactive session allowed participants to take part in a general discussion and ask questions related to the spatial turn in “London studies.” They were able to learn more about where this topic currently stands and what discoveries will push the field in new directions.


For those who weren't able to attend the open session which concluded the seminar, the Folger Institute recorded a video of it.

In addition to the video capture of the open event linked above, participants also contributed to a working bibliography during their virtual sessions and after. Download this list of resources generated from the seminar here.