The O.B. Hardison Poetry Series presented Motherhood Redux: Camille Dungy, Tina Chang, and Beth Ann Fennelly on March 11, 2020 at 7:00pm at the National Museum of Women in the Arts, who also co-sponsored this event. 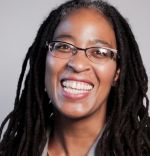 Camille Dungy is the author of four collections of poetry including Trophic Cascade. She has written the essay collection Guidebook to Relative Strangers: Journeys into Race, Motherhood and History, a finalist for the National Book Critics Circle Award. Dungy is the editor of the anthology Black Nature: Four Centuries of African American Nature Poetry and several other anthologies, including From the Fishouse and Gathering Ground: A Reader Celebrating Cave Canem’s First Decade. 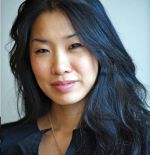 Tina Chang is the author of Hybrida, Half-Lit Houses, Of Gods & Strangers, and co-editor of the anthology Language for a New Century: Contemporary Poetry from the Middle East, Asia, and Beyond. Chang is the first woman to be named poet laureate of Brooklyn, New York. 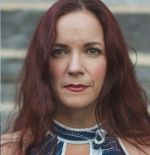 Beth Ann Fennelly has crafted three books of poetry: Open House, Tender Hooks, and Unmentionables and three books of prose: Great With Child: Letters to a Young Mother, a collection of essays; and Heating & Cooling: 52 Micro-Memoirs, as well as a novel The Tilted World, co-authored with her husband Tom Franklin. Recently named Outstanding Teacher of the Year at the University of Mississippi, Fennelly is the state’s poet laureate.

"Expectant; or, What the Transition Phase of Labor Confirmed about Being a Black Woman in America"

I thought I would say, now!

and a new life would suddenly crown—

driven to split me wide open.

But look at me— still

on my hands and knees—still pushing.

“Expectant; or, What the Transition Phase of Labor Confirmed about Being a Black Woman in America” by Camille Dungy © 2019. Used with permission of the poet.