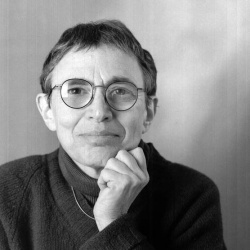 Author of seven books of poetry including Assumptions and Love, Death and the Changing of Seasons, Hacker has won numerous awards for her poetry, including a National Book Award, a Discovery Award, and the Lamont Selection of The Academy of American Poets. Marge Piercy notes, “Hacker proves herself the boss of fixed forms in poetry.”