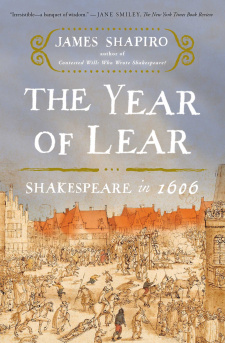 James Shapiro: The Year of Lear, one of the Talks and Screenings at the Folger, was held in the Elizabethan Theatre on Wednesday, October 7, 2015 at 7:00pm.

Author James Shapiro discussed his new book The Year of Lear: Shakespeare in 1606. Shapiro, Professor of English and Comparative Literature at Columbia University, shows how the tumultuous events in England in 1606 affected Shakespeare and shaped the three great tragedies he wrote that year—King Lear, Macbeth, and Antony and Cleopatra. The Year of Lear sheds light on these three great tragedies by placing them in the context of their times, while also allowing us greater insight into how Shakespeare was personally touched by such events as a terrible outbreak of plague and growing religious divisions.

Copies of The Year of Lear were available for purchase and signing at the event.

Listen to the James Shapiro discuss The Year of Lear on the Folger podcast Shakespeare Unlimited here. 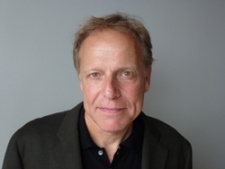