I Will Tell You the Truth About This: Abraham Lincoln and the Civil War: Tracy K. Smith and Maurice Manning (2021)

The O.B. Hardison Poetry Series presented I Will Tell You the Truth About This: Abraham Lincoln and the Civil War: Tracy K. Smith and Maurice Manning on February 11, 2021 at 7:30pm as a live virtual reading from President Lincoln's Cottage.

Poet Maurice Manning joined with recent Poet Laureate Tracy K. Smith for a live reading that spoke to the words and actions of Abraham Lincoln. After a virtual tour of President Lincoln's Cottage in Washington, D.C., Manning and Smith read from their work. Manning's latest collection Railsplitter is in the posthumous voice of Lincoln. Smith's most recent book, Wade in the Water takes an unflinching look at the ravages of slavery, the lives of Black Civil War soldiers and America's history on race, gender, immigration and more.

President Lincoln’s Cottage is a historic site, National Monument, and museum located in the Petworth neighborhood of Washington, DC. Located on the grounds of what was then called the Old Soldiers’ Home (today the Armed Forces Retirement Home), this Gothic Revival hilltop home is where Abraham Lincoln spent several summers with his family and conceived of some of his bravest ideas, including the Emancipation Proclamation. The mission of the Cottage is to reveal the true Lincoln and continue the fight for freedom. 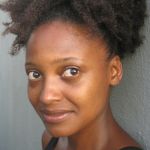 Tracy K. Smith is the author of Wade in the Water; Life on Mars, winner of the Pulitzer Prize; Duende, winner of the James Laughlin Award; and The Body’s Question, winner of the Cave Canem Poetry Prize. She is the editor of an anthology, American Journal: Fifty Poems for Our Time, and the author of a memoir, Ordinary Light, a finalist for the National Book Award. From 2017 to 2019, Smith served as Poet Laureate of the United States. She teaches at Princeton University. 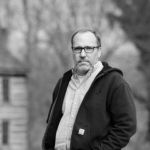 Maurice Manning's first book, Lawrence Booth’s Book of Visions, was selected by W.S. Merwin for the Yale Series of Younger Poets. Manning’s other collections include The Common Man, a finalist for the Pulitzer Prize in 2011, and One Man’s Dark. His current book, Railsplitter, is his seventh collection of poetry. A former Guggenheim fellow, Manning teaches at Transylvania University in Lexington, Kentucky and for the MFA Writer's Program at Warren Wilson College.

Manning has read for the O.B. Hardison Poetry series previously, on February 27, 2014.

In every stage of these Oppressions We have Petitioned for

Petitions have been answered only by repeated injury.

We have reminded them of the circumstances of our emigration

Tracy K. Smith, "Declaration" from Wade in the Water. Copyright © 2019 by Tracy K. Smith. Reprinted by permission of Graywolf Press.