The O.B. Hardison Poetry Series presented Here and Now: Stephen Dunn at the Folger Theatre on Monday, September 29, 2014 at 7:30pm. Stephen Dunn’s work is quiet and precise. His poems artfully remove the veil from the ordinary, casually displaying the striking world hidden beneath our gaze. He has written 17 collections of poetry, and his latest is Lines of Defense. Dunn received the Pulitzer Prize for his 2001 collection Different Hours and an Academy Award in Literature from the American Academy of Arts and Letters. Tonight we celebrate the ever-changing poet whom Billy Collins once called “a master of concealment.” 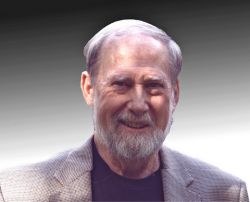