The O.B. Hardison Poetry Series, co-sponsored with Graywolf Press, presented Graywolf's 45th Anniversary: Ilya Kaminsky, Danez Smith, and Fanny Howe on September 16, 2019 at 7:30pm in the Folger's Elizabethan Theatre. Three poets with Graywolf Press read their work in celebration of the press’s 45th anniversary and the opening of the 51st season of the O.B. Hardison Poetry series. 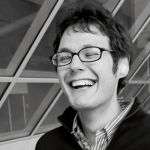 Ilya Kaminsky is the author of Deaf Republic, Dancing in Odessa, and the co-editor of The Ecco Anthology of International Poetry. He has received a Whiting Award, a Lannan Literary Fellowship, and a Guggenheim Fellowship, and was named a finalist for the Neustadt International Prize for Literature. His work has been translated into more than 20 languages.

Danez Smith's Don’t Call Us Dead was the winner of the Forward Prize for Best Collection, the Midwest Booksellers Choice Award, and a finalist for the National Book Award. [insert] boy was awarded the Kate Tufts Discovery Award and the Lambda Literary Award for Gay Poetry. Smith’s third collection, Homie, was published by Graywolf in January 2020. 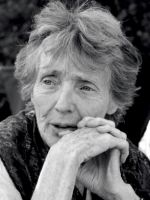 Fanny Howe has written more than 30 works of poetry and prose, including Love and I, The Needle's Eye, Come and See, and The Winter Sun. Her Second Childhood was a finalist for the National Book Award, and her fiction has been honored as a finalist for the Man Booker International Prize. Her latest collection is Love and I: Poems (2019).

Howe has read for the O.B. Hardison Poetry series previously, on September 21, 2004.

thank you for the feather on my tongue,

from a match you never lit.