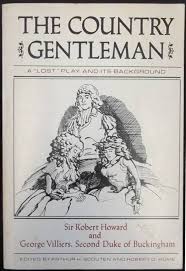 Free Folger Friday: The Country Gentleman , one of the Talks and Screenings at the Folger, was held in the Elizabethan Theatre on Friday, March 1, 2019 at 6:00pm, alongside the Folger Theatre production of Nell Gwynn.

In 1973, a long-lost manuscript of the Restoration play The Country Gentleman was discovered in the Folger collection. At this free staged reading, local actors read selected scenes, as scholar Deborah Payne discussed this literary treasure, unearthed right here at the Folger. The reading was directed by Jennifer J. Hopkins. 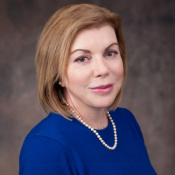 An expert on seventeenth- and eighteenth-century theatre, Deborah Payne has published on topics ranging from the Restoration actress to baroque opera. She is the editor of “The Cambridge Companion to English Restoration Theatre” (Cambridge, 2000); “Four Restoration Libertine Plays” (Oxford, 2005); and “Revisiting Shakespeare’s Lost Play: Cardenio/Double Falsehood in the Eighteenth Century” (Palgrave, 2016). Just recently she completed “The Commodiluxe Stage: A New Material History of Restoration Theatre.” Her most recent essays include “Pepys and Theatrical Spectatorship” (RES, 2015) and “Textual Skirmishes and Theatrical Frays: Double Falsehood versus the Scriblerians” in “Revisiting Shakespeare’s Lost Play” (Palgrave, 2016). Professor Payne also has forthcoming a book chapter on eighteenth-century acting companies for A Cultural History of the Theatre (Bloomsbury, 2017). In addition to her scholarly activities, Professor Payne has worked as a dramaturge and literary consultant for theatre and opera companies in Washington, D.C., including The Shakespeare Theatre Company, where she served as their Humanities Research Consultant for several years. Her teaching interests include Restoration and eighteenth-century drama; Shakespeare in Performance; drama and theory; and Modern British drama.