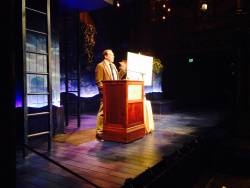 Free Folger Friday: Ken Ludwig on A Midsummer Night's Dream, one of the Talks and Screenings at the Folger, was held in the Folger Theatre on Friday, February 19, 2016 at 6:00pm.

Acclaimed playwright and Folger Board Member Ken Ludwig shared his insights into the magical romance of Shakespeare’s Shakespeare's A Midsummer Night's Dream, including what makes the play an endlessly adaptable source of mischief and joy for audiences of all ages and all times. 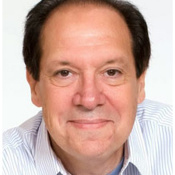 Ken Ludwig is the author of many Broadway and London plays and musicals, which have received multiple Tony and Laurence Oliver Awards. His work has been performed in more than 30 countries in over 20 languages, and he has written two highly successful adaptations of A Midsummer Night’s Dream: Shakespeare in Hollywood and Midsummer/Jersey.

Commissioned by the Royal Shakespeare Company, Shakespeare in Hollywood had its U.S. premier in 2003 at Arena Stage and won the Helen Hayes award for Best New Play of the Year. Set in 1934 on the Hollywood set of Max Reinhardt’s A Midsummer Night’s Dream, Shakespeare’s fairies Oberon and Puck find themselves on screen and in trouble in a hilarious comic romp.

Midsummer/Jersey is set on the boardwalk of a seaside town in modern-day New Jersey. The story is set into motion by the impending marriage of the Governor of New Jersey, the love affairs of four beach-bound high school crushes, a lively crew of fairies and the staff of the local beauty salon (run by Patti Quince and Stylist Nikki Bottom). Written for high schools and colleges, Midsummer/Jersey received its world premiere in November 2011 at James Robinson High School in Fairfax, VA.

Copies of Shakespeare in Hollywood, Midsummer/Jersey, and Mr. Ludwig’s new book How to Teach Your Children Shakespeare were available for purchase and signing at the event.