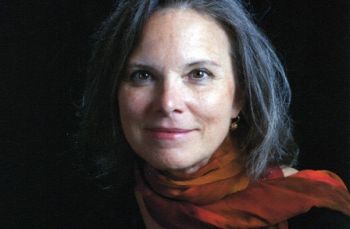 Carolyn Forché is an award-winning poet, translator, editor, and human rights advocate. Forché coined the phrase “poetry of witness,” which is the title of the anthology she co-edited with Duncan Wu. Her poetry collections include Gathering the Tribes, winner of the Yale Series of Younger Poets Prize, The Country Between Us, The Angel of History, Blue Hour, and most recent In the Lateness of the World. Among numerous awards and honors, she received the Edita and Ira Morris Hiroshima Foundation for Peace and Culture Award in 1998 for human rights advocacy and the preservation of memory and culture. Her famed international anthology, Against Forgetting, was praised by Nelson Mandela as “itself a blow against tyranny, against prejudice, against injustice.” She is the former director of the Lannan Center for Poetry and Poetics and Social Practice at Georgetown University.

…in the calms awaiting port call, pleasure boats whose lights

hours ago went out, fishermen setting their nets for mullet,

as summer tavernas hang octopus to dry on their lines,

clear of night, putting the music out with morning

light, and for the breath of an hour it is possible

to consider the waters of this sea wine-dark, to remember

that there was no word for blue among the ancients,

but there was the whirring sound before the oars

of the great triremes sang out of the seam of world,

through pine-sieved winds silvered by salt flats until

they were light enough to pass for breath from the heavens…

Excerpt from “Mourning” by Carolyn Forché © 2016. Used with permission.