The O.B. Hardison Poetry Series presented the Anthony Hecht Poetry Prize on November 06, 2017 at 7:30pm in the Folger's Elizabethan Theatre.

The Hecht Poetry Prize, created in honor of the Pulitzer Prize-winning poet Anthony Hecht, is awarded annually by The Waywiser Press for a poetry collection by a poet who has published no more than one previous book of verse. It includes publication with a $3,000 prize. 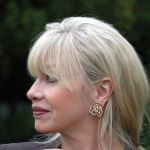 Gjertrud Schnakenberg, prize judge, is the author of six poetry collections, including the book-length poem The Throne of Labdacus, winner of the Los Angeles Times Book Prize, and Heavenly Questions, winner of the Griffin International Poetry Prize. Schnackenberg’s many awards include the Rome Prize of the American Academy and Institute of Arts and Letters and an Academy Award in Literature from the American Academy of Arts and Letters. 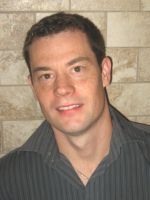 Mike White's first book, How to Make a Bird with Two Hands, was awarded the Washington Prize in 2012. His poems have been nominated on six occasions for the Pushcart Prize and have appeared in numerous journals. His book Addendum to a Miracle is the winner of the 12th Hecht Poetry Prize.

Addendum to a Miracle

asking for silence, and

for silence please, and

for silence way in the back please,

he made of the many fishes

in the brimful baskets)

of a single loaf of bread,

and the mouths of the multitude

the gills of the dying fish

From Addendum to a Miracle by Mike White © 2017, published by The Waywiser Press. Used with permission.