The Hecht Poetry Prize, created in honor of the Pulitzer Prize-winning poet Anthony Hecht, is awarded annually by The Waywiser Press for a poetry collection by a poet who has published no more than one previous book of verse. It includes publication with a $3,000 prize.

The poets were introduced by Joseph Harrison, poet and Senior American Editor of The Waywiser Press. 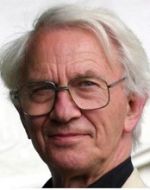 Anthony Thwaite is a celebrated British poet and has worked as a broadcaster, critic, editor, and academic. His poetry collections include Home Truths, The Owl in the Tree, The Stones of Emptiness: Poems 1963-66, New Confessions, and Collected Poems (2007). Thwaite was literary editor of the New Statesman and is the major editor of the work of Philip Larkin. He was awarded the OBE in 1992. 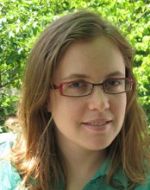 I shall make it simple so you will understand.

Making it simple will make it clear for me.

When you have read it, take me by the hand

As children do, loving simplicity.

This is the simple poem I have made.

Tell you understand. But when you do

Don’t ask me in return if I have said

All that I meant, or whether it is true.

From Selected Poems © 1997 by Anthony Thwaite, published by Enitharmon. Used with permission.