A New Year's Gift, a pop-up exhibition at the Folger, took place on 1/16/2019 from 10am to 1pm. It was curated by Beth DeBold, Assistant Curator of Collections.

This Pop-Up Exhibition focused on two New Year's Gift rolls in the Folger collections. The Folger owns seven New Year’s Gift Rolls, six of which record gifts given and received by Queen Elizabeth I, and one of which records gifts given and received by King Henry VIII. Gift giving was an important part of the new year celebrations for these Tudor monarchs, and the rolls (the longest in our collections reaching over 13 feet) helped to keep track of this highly socio-political giving. The first show in this display, Z.d.17, is a roll from near the end of Queen Elizabeth I's reign, dated January 1, 1598/9. The second, Z.d.11, is a roll from King Henry VIII's reign, dated January 1, 1538/9. 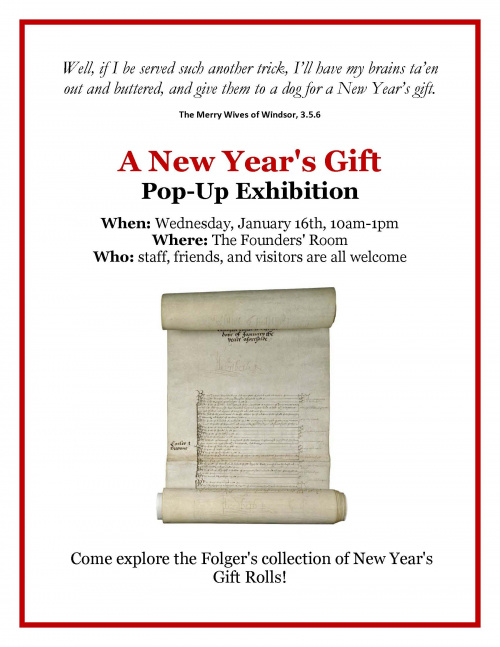