A Bicentennial Celebration of Walt Whitman (2019) 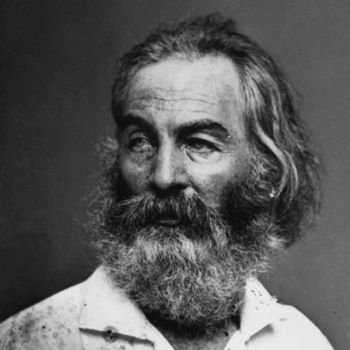 Bryan Garman, Head of Sidwell Friends School, moderated a brief conversation following the reading. Garman received his doctorate in American studies from Emory University and is the author of A Race of Singers: Whitman's Working-Class Hero from Guthrie to Springsteen. He has been a trustee of the National Association of Independent Schools since 2010.

This event was in conjunction with two others:

A film screening of Walt Whitman: Citizen Poet, a documentary short, at 7:00pm in the Elizabethan Theatre. It was directed by Haydn Reiss and produced in association with the Poetry Foundation. This documentary was filmed in part at the Library of Congress and features Poets Laureate Tracy K. Smith and Robert Hass, among other poets.

Earlier in the day there was a Walt Whitman Open House at the Library of Congress from 2:30pm to 5:00pm at the Thomas Jefferson Building. This special display of Walt Whitman collection items pertained to Whitman in Washington, DC, and there was a special showing of the documentary short Walt Whitman: Citizen Poet.