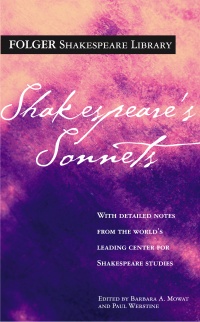 Shakespeare's Sonnets can be purchased from Simon and Schuster.