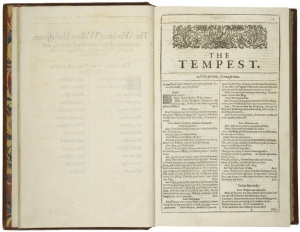 The title page of The Tempest printed in the 1623 First Folio. 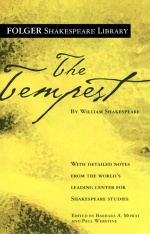 Watch this short video of a Las Vegas production of The Tempest, co-directed by magician Teller (of Penn and Teller) and Aaron Posner with music by Tom Waits and Kathleen Brennan. Video courtesy of Mark Mobley of NPR. (April 23, 2014)