The Plimpton "Sieve" portrait of Queen Elizabeth I: Difference between revisions 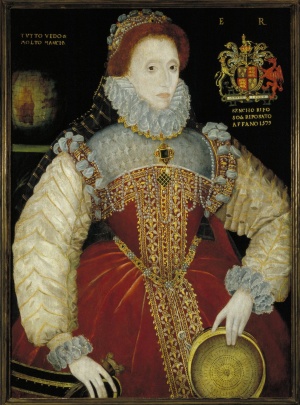 Other well-known portraits of this type include the Siena "sieve" portrait in the collection of the Pinacoteca Nazionale di Siena, completed in 1583 by Quentin Messys the Younger. These portraits were painted in the wake of Elizabeth I's abandoned marriage negotiations with François, duc d'Anjou as assertions of the queen's royal chastity.[2] The Plimpton portrait is unique among this series, as the queen turns to the viewer's right, not left, and the sieve is not just held by, but joined to, the queen's form, corded to the front of her dress.