The Merry Wives of Windsor: Difference between revisions 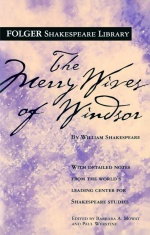