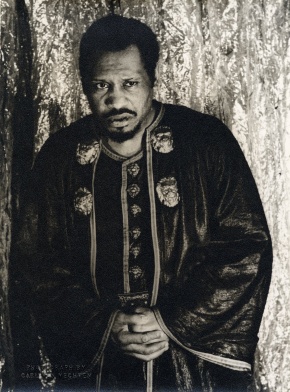 Explore Shakespeare in American Life through this audio tour

Making Shakespeare Our Own

In celebration of the Folger Library's 75th Anniversary, a radio documentary aired on Public Radio International (PRI) stations beginning in April 2007. This Folger production of three one-hour shows, narrated by Sam Waterston and created by producer Richard Paul, reaches out to new audiences as it brings to life an extraordinary range of topics in radio’s theater of the imagination.

Listen to the documentary

An extensive website, Shakespeare in American Life was developed as both a lasting online resource and a companion project. Primarily focused on the radio program, it includes a variety of supplemental materials and interactive elements.

Early records of Shakespeare in America are fragmentary, but we know of an amateur performance of Romeo and Juliet in 1730 and a professional staging of Richard III in 1750, both in New York. Since then, the vast story of Shakespeare on the American stage has come to include everything from lavish historical recreations to bare-bones outdoor sets and, in recent years, actors of every ethnic and racial origin. In the twentieth century, new media like radio, the movies, and television provided brand-new arenas for America’s directors and performers to explore the many possibilities of Shakespeare’s works.

Supplemental material for the second episode, The Father of the Man in America.

Shakespeare’s works weave like a bright thread through the history of American education and self-improvement. Over the centuries, his plays have served in the classroom as models for public speaking, guides to morality, works of literature to be read, passages to be performed—and sometimes all of the above. In the public arena, Shakespeare has appealed to different American audiences, from rowdy nineteenth-century workers to the literary and social elite, and from local groups that formed their own Shakespeare societies to picnic-bearing families at outdoor theaters under the stars.

This section examines Shakespeare’s impact on many aspects of American life, from commercial references in advertising and product packaging to such diverse subjects as crafts, American politics, and ethnic and racial identity. It also takes a closer look at the Shakespeare play that is most closely tied to the New World—The Tempest, which may well refer in part to a terrible storm in 1609 that struck an English fleet on the way to Jamestown.

Select lesson plans for teachers for a variety of subjects related to Shakespeare and American life.

Consult this list of websites to learn more online about Shakespeare in American life.

The Plays
Inspired by Shakespeare
Documentaries
Movie and Television List