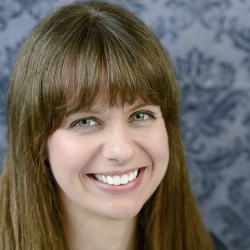 Kathryn earned her PhD in English Language & Literature from the University of Michigan in 2014 and will be teaching at Monmouth College in Illinois this fall. Her work appears in Heralds and Heraldry in Shakespeare’s England (Shaun Tyas, 2014), a companion volume to the Folger's heraldry exhibit.