This article is about Shakespeare's play. For other uses, see Romeo and Juliet (disambiguation).

In Romeo and Juliet, one of William Shakespeare's plays, Shakespeare creates a violent world, in which two young people fall in love. It is not simply that their families disapprove; the Montagues and the Capulets are engaged in a blood feud.

In this death-filled setting, the movement from love at first sight to the lovers' final union in death seems almost inevitable. And yet, this play set in an extraordinary world has become the quintessential story of young love. In part because of its exquisite language, it is easy to respond as if it were about all young lovers. 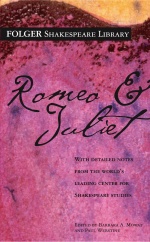 Romeo and Juliet can be read online with Folger Digital Texts and purchased from Simon and Schuster.

Shakespeare in Love (1998), boasts an all star cast, including Joseph Fiennes as William Shakespeare, Gwyneth Paltrow, Ben Affleck, Colin Firth, Geoffrey Rush, and Dame Judy Dench. While the film takes as its primary focus the love story between Viola de Lesseps and William Shakespeare, whose love story echoes that of Twelfth Night, the film also portrays the development of the play Romeo and Juliet.

Inspired by the zombie craze of the second decade of the millenium, Warm Bodies (2013) is an adaptation of the 2010 novel by Isaac Marion. The film stars Nicholas Hoult as a zombie named "R" in love with a human named Juliet, played by Teresa Palmer. The movie also stars John Malkovich and Dave Franco.

The Folger owns over 95 stand-alone translations of Romeo and Juliet in various languages (not including collected works). Cataloging of these works is ongoing as of early 2015, and many have full-level catalog records, but some works still have only partial records. Translations can be found Hamnet in by searching for "Translations"in the Genre/Form Term field, or by searching the Call Number (Left-Anchored) field for call numbers starting with PR2796 (see the list of Sh.Col. translations call numbers for specific language call numbers). Since not all translations are fully cataloged, some items may only turn up in one of these searches.

Romeo and Juliet Audio Edition from Simon & Schuster available on CD or as an audio download. 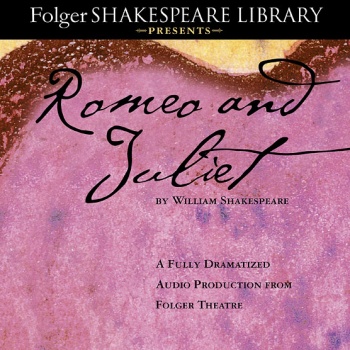