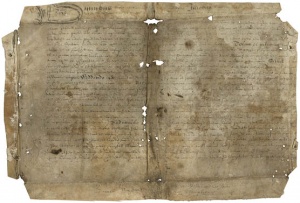 Listen to head of conservation Frank Mowery tell the story of his 1984 discovery of the earliest known English manuscript in "Very Early Edition."