Difference between revisions of "Pamphlets and Papers: Collecting and Preserving Bound Ephemera"

Jim Kuhn, former Head of Collection Information Services, curated Pamphlets and Papers: Collecting and Preserving Bound Ephemera for The Curatorial Eye: Discoveries from the Folger Vault, one of the Exhibitions at the Folger. 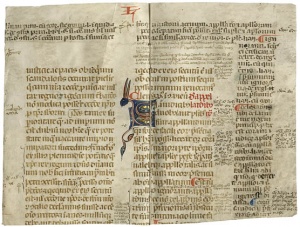 Listen to former Head of Collection and Information Services Jim Kuhn describe this text and its illuminated manuscript wrapper.