This article is about Shakespeare's play. For other uses, see Julius Caesar (disambiguation).

Julius Caesar, one of William Shakespeare's plays, may have been written as the first of his plays to be performed at the Globe, in 1599. For it, he turned to a key event in Roman history: Caesar's death at the hands of friends and fellow politicians. Renaissance writers disagreed over the assassination, seeing Brutus, a leading conspirator, as either hero or villain. Shakespeare's play keeps this debate alive.

Julius Caesar was printed in the 1623 First Folio. Sources include North's translation of Plutarch's Lives.[1] 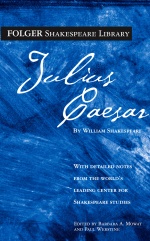 Julius Caesar can be read online with Folger Digital Texts and purchased from Simon and Schuster.

The Folger owns at least 75 stand-alone translations of Julius Caesar in various languages (not including collected works). Cataloging of these works is ongoing as of early 2015, and many have full-level catalog records, but some works still have only partial records. Translations can be found Hamnet in by searching for "Translations"in the Genre/Form Term field, or by searching the Call Number (Left-Anchored) field for call numbers starting with PR2796 (see the list of Sh.Col. translations call numbers for specific language call numbers). Since not all translations are fully cataloged, some items may only turn up in one of these searches.

Julius Caesar Audio Edition from Simon & Schuster is available as an audio download. 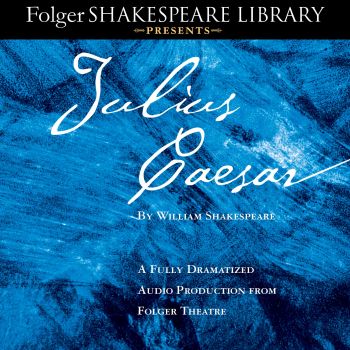 Content Advisory: this image group contains representations of injuries with blood and suicide.