Difference between revisions of "Hildegard & Jaufre: Master of the Notes (2006)"

Folger Consort performed Hildegard & Jaufre: Master of the Notes from March 3 to March 5, 2006. The flowering of art and learning during the 12th century was so remarkable that scholars often refer to the period as the 12th-century Renaissance. An intense desire to add new songs and words to the liturgy of the Church is the background for the singular life and works of Hildegard von Bingen (1098-1179), the visionary abbess, poet, composer, and advisor to popes and emperors. At the same time in southern France, troubadours were defining the forms and conventions of love songs that were to influence all later composers. In Hildegard & Jaufre, the Consort contrasted the soaring mystical sacred song/poems of Hildegard with the achingly beautiful songs of unrequited love from afar by one of the greatest of the troubadours, Jaufre Rudel (c.1125-c.1147). 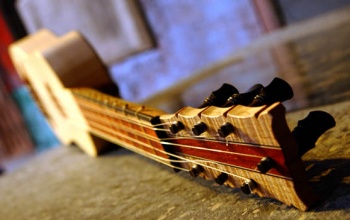