Difference between revisions of "Highland Ayres: Distinctive Scottish Music with Pipes and Fiddle (2008)"

Folger Consort performed Highland Ayres: Distinctive Scottish Music with Pipes and Fiddle from April 18 to April 20, 2008. Macbeth's enchanted homeland has a fascinating musical tradition dating back to the Middle Ages. With a trove of Scottish riches — traditional and courtly, simple and sophisticated — the Consort explored medieval accounts of battle, songs from the 16th and 17th centuries, the wonderful and distinctive Scottish music for pipes and fiddle, and music from the French allies of the Scots, preserved only in Edinburgh. 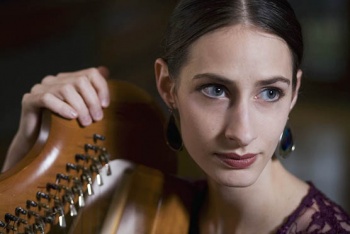