Folger Theatre presented their production of Henry VIII, directed by Robert Richmond, composed by Anthony Chochrane, from October 12 to November 28, 2010. 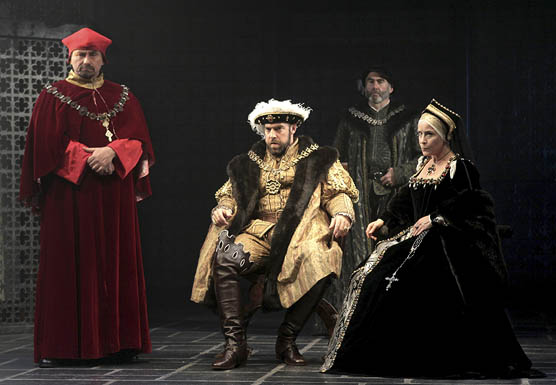 Entertainment unions represented in Folger Theatre productions include The Stage Directors and Choreographers Society, United Scenic Artists (**), and the Actors' Equity Association (*), which includes members of the Union of Professional Actors and Stage Managers.

Watch the trailer for this production of Henry VIII.

Listen to the cast and creative team summarize the plot of the play.