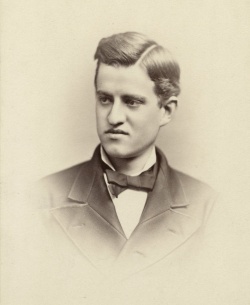 In May 1830, Henry was admitted to St. John's Hospital in Brooklyn for surgery on an enlarged prostate. He continued to work on the Library's construction while recovering. He later had a second operation to remove his prostate; soon after this operation, he died on June 11, 1830. His ashes were interred in a mortuary urn in what is now the Old Reading Room, behind the bronze tablet engraved with To the Glory of William Shakespeare and the Greater Glory of God, flanked by his Salisbury portrait.