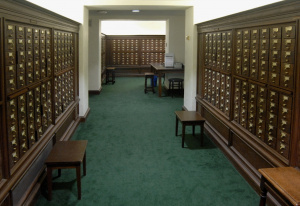 Folger cards themselves are only available on site, but G.K. Hall & Co. published printed editions of them (from photographs of the cards) that can be found in libraries around the world. 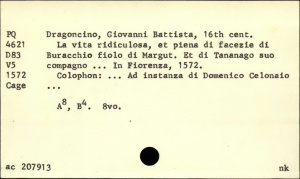