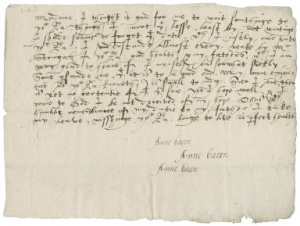 While using this collection, you are likely to encounter Martin Man's small, distinctive secretary hand script. Man served as Nathaniel Bacon’s trusted clerk for a number of years during which he documented events that shed light on virtually every aspect of life in the county of Norfolk during the early 17th century. A guide to Martin Man's hand can be found here.